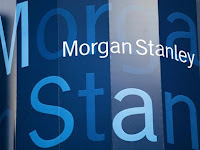 My friend Preston Tsao, founder of Met Circle, a family office networking group, posted a comment in response to my piece on the Paul Krugman oped on Goldman. It is good and deserves a front page read. ( see below) I have received many emails from friends at GS, friends on the street, and others about this post and all agree this piece was out to lunch. It was inflammatory, very one-sided, and promotes the bashing of wall street firms in general, and GS in particular, that will get everyone no where fast. I keep begging one of the smartest and rational people on the planet I know to write a response to it and to explain the business of modern finance in general, so I will keep working on him. ( a former GS partner as well )

If you want to read a GREAT GS story please read this piece from Philanthrocapitalism on the 10,000 Women Initiative. I wrote my own very positive piece on this for the HuffingtonPost last year and it is truly special.
I am sure you all saw the earnings of Morgan Stanley today which are in contrast to the record profits shown by Goldman. They are having a conference call to discuss these earnings this very second. They posted a loss of $1.2 billion which includes a loss of $2.3 billion, BILLION, related to an accounting loss on their debt, and a $850 million payment to the government related to TARP ( $10 billion loan). Like GS, MS paid dearly for the privilege of taking government money and the American public should be cheering not screaming as it relates to these particular TARP loans. (details here and here ) The Wall Street Journal piece talks about a lot of ‘accounting noise’ in this report which is a big problem. I do think the American public deserves a lot of transparency when it comes to financial earnings and this a problem. Mr. Krugman why don’t you write about this issue?
Earnings from Wells Fargo – here. ( which links to other financial earnings – JPM..)
From Preston on the Krugman piece….
The most annoying thing about Paul Krugman’s NY Times article on Goldman Sachs is that it is factually inaccurate. And the factual inaccuracies make the populist issues more upsetting. He writes:“Goldman’s role in the financialization of America was similar to that of other players . . .”The fact is that Goldman was somewhat of a laggard. CS First Boston and UBS were much more active in the creation of CDOs, and JP Morgan invented the credit default swap.“ . . . except for one thing: Goldman didn’t believe its own hype. Other banks invested heavily in the same toxic waste they were selling to the public at large.”
First of all, derivatives were never sold by any bank to the public at large. They were purely institutional products. You never heard your doorman brag that he just bought a great BBB tranche of subprime mortgages. Moreover, the reason the banks held on to these securities had more to do with greed than fiduciary responsibility. The banks actually thought that the buying institutions were the suckers and that they could make more money as principal abandoning their usual agency role.“Goldman, famously, made a lot of money selling securities backed by subprime mortgages – then made a more money mortgage-backed securities short, just before their value crashed.”In late 2006, sensing trouble in the home mortgage markets, Goldman sold their mortgage positions, sometimes at a loss. Goldman was the first to move, though Jamie Dimon at JP Morgan had concerns. Merrill and Citigroup were still bullish. But when Goldman took its position in the ABX (in essence a short on subprime), it was at least 6 months before the crash, and the ABX credit default swaps were trading at par! And again, Goldman was not trading against the public but the likes of AIG, Merrill, Citibank and the big institutions.Wall Street is not perfect, but the recovery of the US and the world will require the drive and imagination of the young men and women on the Street. And at appropriate levels of compensation to attract and retain the talent (unfortunately at levels incomprehensible on Main Street). For example, one of the key elements of the recovery will be the revival of the shadow banking system. And what is that? The derivative and structured finance system created by Wall Street and demonized by Krugman.
Thank you Preston…