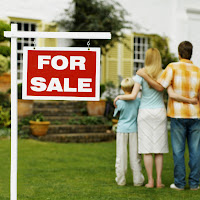 I have read many places that the economy will not be on solid ground until the problems in the residential real estate market truly begin to sort themselves out. So how close are we to that happening? First let me share a few facts I have picked up from recent readings.

According The Economist magazine, the value of US housing stock is $19 trillion. The value of homeowner’s equity has decreased to $8.4 trillion from $12.5 trillion in 2006. An estimated 10 million Americans are now in a negative equity position on their primary residence. For years as prices were rising home equity served as a debit account to fund consumption, that party is now over. Further people are now just plain worth a lot less than they used to be and therefore are likely to consumer less.

Some further facts come from John Mauldin’s May 4th commentary. Two-thirds of mortgages in the US are held by prime borrowers, of which 5% have missed at least one payment or 1.8 mm mortgages. These borrowers are not the first to default as they are of higher credit quality and have greater equity cushions, but as these folks face job losses and eat up their savings, the numbers will rise dramatically. This is happening now. The losses on these high quality loans are only just starting to hit. As the economy deteriorates the losses on this sector of the mortgage market will mount.

Sub-prime mortgages currently have a 22% delinquency rate, which adds up to 1.2 mm mortgages. These lower quality mortgages were the first to go, and delinquency rates continue to be very high. Huge losses have already passed through on these mortgages but more will occur especially if the economy continues to deteriorate.

More facts – Median home prices are down almost 30% from their peak on average, with a starting price of $230,000 in July 2006. Moodys.com estimates that 2.1 million homes will be lost this year and increase from 1.8 million in 2008. The available housing stock is still at record highs, and fewer people are ready, willing and most importantly, able to move.

We are currently considering a move out west and therefore we have our house in the market, and as I am typing this I am on a plane on the way home from Utah where we looked at some homes. When they say it is a buyer’s market they are not kidding.

As a seller I have had a few lookers, and I have to say we have a great house. There is nothing really wrong with it, which is key, except that it is not brand new. We have had one accepted offer, but the buyer decided to buy another house. At that sale price we would have been slightly above where we bought it in late 1999. Slightly above. If we HAD to sell it tomorrow, I have no idea what the price would be, but likely down from our 1999 purchase point. I have been told that if there is basically anything wrong with the house, there is no bid, unless it represents a true bargain.

So what does all this mean? The housing market will be a mess for a while as the main buying season is NOW so one can move before the kids get back to school. Not only is there way too much supply, distressed sellers, and massive numbers of bank owned properties, but with unemployment continuing to rise more and more people will find themselves unable to make payments. The downward cycle of deleveraging, falling asset prices and mounting losses will continue. The powers that be are doing what they can do: pressuring banks to modify loans, continuing to pump money in to the system at all levels, supporting the financial institutions and keeping mortgage rates low. The reality is however that the problems will continue for the foreseeable future.

This is the key reason why I continue to be negative on the US equity markets in particular, and the global equity markets more generally. In the US where 70% of our GDP is consumer driven, how can earnings continue to be anything but bad. The consensus seems to be to expect $40 S and P earnings ( Kostin – GS) for 2009, with at the current level of 910, is anything but cheap. ( 22 times trailing) The real question is of course what will 2010 look like? The housing market at these point is intimately connected with the employment outlook, and again, not good. Over 6 million jobs have been lost since this recession began, so not only do we need to add those back to get back to where we are, but we need to add 125,000 per month just to keep up with new entrants. Where are those jobs going to come from? Mauldin estimates that if you include the underemployed our unemployment rate in this country is already at 15%. 15%. The strain on our system that will cause will be almost unprecedented.

I could easily write another story like this one on the commercial real estate market but I will save that for another day.

And don’t even get me started on this countries unfunded liabilities! In an OPED over the weekend called “Don’t Monetize the Debt”, the WSJ quotes the Dallas Fed saying that “we believe the unfunded liabilities of retirement and health care obligations total over $99 trillion.”

So there you have it. I am still very negative and hope that I prove to be wrong. If you want to read another opinion of where we are now by a guy a lot more experienced and connected than I am read the piece in the current issue of Business Week by Mohaamed A. El-Erian of Pimco called “The New Normal” or the bigger piece he wrote linked below. He ends it this way – “In short, the world’s economies are in an era whose troubles will go well beyond just a flesh wound.” For his more detailed monthly commentary click here. Click here and here for Bill Gross’s most recent ones as well. Both are must reads. Check back to this site regularly, these commentaries are about as good as it gets.

One thought on “Residential Real Estate – My Own View”