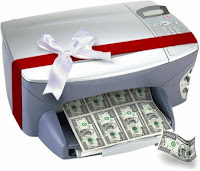 For a while know I have been asking people this question. How is the US going to fund our deficit? Who is going to buy all the debt we are going to need to issue? This question was addressed in a thoughtful piece in the FT yesterday called “Bonds caught between supply surge and deflation.” On the one hand US bonds look attractive because it is likely in the short term that inflation rates will be low. With inflation low, real rates, the difference between what you earn on a bond and the inflation rate is high. But on the other side is the massive supply issue. The FT suggested that the US will have to issue somewhere between $1.4 and $1.7 trillion of new debt. That is US treasury supply. They you have all the other kinds of debt – agency, munis, investment grade corporate, high yield, asset-backed – domestically and foreign, rollover debt and new debt. In this deleveraging world where capital has evaporated, this presents a huge problem.

Who is going to buy all this debt? Who? The answer that most people give is sovereign wealth funds and foreign central banks, but I ask the question why on earth would they want to buy debt yielding 4% when they have so many other choices of what to do with that money? And even if they are willing, they do not have enough money to do it.

This is going to be a problem. I know it in my bones. The end result will be much higher US rates which is going to cause even more pain. We are in between a rock and a hard place in this country. Torn between needing to spend to keep the economy going, and fear of spending because of the amount of debt we are creating. This is exactly why a rosy economic scenario is so hard to come up with. The answer will have to be we print money. Print it. Longer term that will mean a falling US dollar and inflation. There is as I see if no other way out.

A note on GM and Ford. This is a big problem that I have addressed previously but we are coming to a tipping point. They are running out of cash! Fully expect to wake up one morning soon and hear something BIG. By reading the paper I get the feeling that ‘bailing them out’ is less and less likely because it is WAY expensive and many feel irresponsible without a strategic plan to solve the problems plaguing the industry.