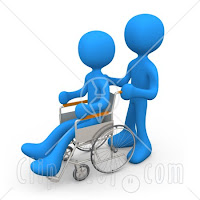 Perhaps this, sadly, will be a major business theme for 2009.

Take GM. Friday they reported an loss of $4.2 billion and their stock is now trading at an all time low. It seems likely that a government bailout will occur, but in what form? I agree with Paul Ingrasssia in “Detroit Auto Makers Need More Than a Bailout” that there is a MAJOR problem with the business model that preceded this economic crisis. For years the major automakers have been in trouble but we avoided making tough decisions that perhaps could have given that industry a hope of a less painful turn around. Bottom line is their costs are too high and they make a lot of cars/trucks/SUVs/Hummers that Americans should not be driving. As I commented back in August when they reported a $15 bb loss, this was going to end badly.(for my piece on this back in August click here)

I went to France this summer and we tried to rent an SUV and we barely could find one. They do not exist over there. We got the biggest vehicle we could find and barely fit our suit-cases and two children in the car. Though we were shocked to be paying more than 4 euros for gas, we also did not need to fill up very often. I remember commenting to my husband that ‘this is what a fuel efficient vehicle feels like.” The government was smart. They taxed the heck out of gas which changed behavior. High gas prices this year threatened to do that here but those days are gone and the dream of purchasing a fuel efficient vehicle are fading as fast as our stock portfolios.
So what do we do now? As the author suggests ‘we’ (the taxpayers) have to come to the rescue. I agree that shareholder equity should be wiped out, contracts have to be renegotiated, unions are going to HAVE TO accept less and their needs to be new management brought in that has the vision and the political support to make it happen. But YIKES. This is not going to be easy. GM, FORD… are going to chew through so much taxpayer cash that it literally makes me want to throw-up. Yet again here is an example of “too big to fail.” First it was Fannie and Freddie, then AIG, then the Investment Banks, Banks in general, Money Market Funds, Muni Markets, Commerical Paper Market… now the auto industry. Next?

I cannot write an entry like this to say, yet again, failure of leadership!!!! Both the people who run these companies ( these White American Males – sorry dudes but you are) and the government are too blame. A solution that would have worked years ago would have been to see how the world was changing, and plan for it. ( much higher taxes on the sale of big cars, higher gas taxes to subsidize the business model transition) We should have taken the pain in the short term, to have had a hope of success in the long run. Yes Senator Obama the auto industry is the backbone of America, and the back is broken. Any doctor will tell you that the back is a tough thing to fix. America. Americans. We are going to be paying the price of this brokenness for a long time to come.