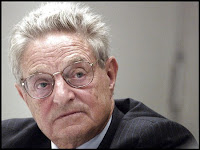 Yesterday I had the honor of attending a panel discussion at Columbia University entitles “Can We Save the World Economy”, with featured speakers George Soros, Nouriel Roubini , Jeffrey Sachs and moderated by the wonderful John Roberts of CNN. Further I had the pleasure of an intimate dinner following the event at which the dialogue continued. The main question asked of the panel was how did we get in to this current situation and what now?

George Soros’s answer revolved around his view of the markets more generally and is well explained in this OPED he wrote in January. A bubble was created in the US housing market due to low interest rates, excess leverage, financial engineering, lack of oversight, disintermediation and the belief that markets are, generally speaking, self-correcting. Though he suggested that we likely have past the breaking point in terms of the averting a financial crisis, the effect on the real global economy is significant and taking hold.

Nouriel Roubini, the prophetic NYU economist, has been predicting this crisis for some time. He added specifics on the bigger picture overview provided by Mr. Soros, further explaining the causal factors that led us to this breaking point. He was particularly critical of the role of the shadow banking system, those non-bank financial entities including mortgage lenders, investment banks, hedge funds, Fannie Mae, Freddie Mac and the list goes on. Like banks these institutions generally borrow short, invest long, employ loads of leverage and are susceptible to runs on their asset base. What we are clearly witnessing is the fall of this system. As for the effects on the real economy he predicts a U shaped recession lasting 12-24 months depending on the collective policy responses. He described us as having a “Subprime Financial System” and that limiting the collateral damage on the real global economy is now the number one goal.

Jeff Sachs, Director of the Earth Institute and Author of “The End of Poverty,” closed out the evening’s formal remarks. He pointed a direct finger at the Federal Reserve Policies under Alan Greenspan which kept interest rates too low for too long and for failing to effectively regulate the financial markets over time. America, Americans, have too much debt and it is going to get worse before it gets better. That debt has to be paid bank and that will and should mean higher taxes in this country.

As for the question that was to frame the discussion, Can We Save the Global Economy? Sad to say that even over dinner the answer was not an obvious one. There was general agreement in the room that a significant recession was unavoidable. As to the ultimate damage to the domestic and global economies? Really impossible to know. Aggressive government and central bank action will continue to be necessary, which is mindful of balancing the short term deflationary course, with the longer term inflationary one.

2 thoughts on “An Evening with George Soros, Nouriel Roubini, and Jeffrey Sachs – It Does Not Get Any Better Then That”