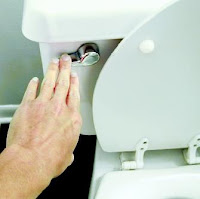 I can, and I cannot, believe they did not pass a bailout plan.

I can because the plan bordered on the ridiculous. How could this country’s elected officials vote to hand over hundreds of billions of dollars to people that they have reason not to fully trust? Further the plan still seemed sketchy on the details, with ultimately an unknown cost.

I cannot because the President and others said if this did not pass, it would be financial Armageddon. As I wrote about days ago, the President created a self-fulfilling prophecy.

What now? I wish I had a crystal ball. The bail out while offering a lot of hope that much needed capital will find its way to many financial institutions, was not the be all and end all. There are just so many problem areas and they are all going to take time to work out.