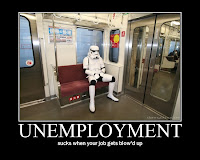 “Intensifying job losses will put further pressure on consumer spending, raise mortgage, credit card and other debt defaults as households already face wealth loss from falling home values and volatile stock market. Will also reinforce need for fiscal stimulus including tax cuts and unemployment insurance.” ( RGE Monitor ) This is the cycle we are in at the moment and there really is not much that can be done about it. The NEED for fiscal stimulus is clear but here is the other side of that, debt. Read this thoughtful piece in the FT that talks about the consequences. (“Onerous Issuance.”)

For a thoughtful investment piece – Tips on Surviving 2008 – click here.
For the growing risk of a hard landing in China – click here.
Leading Analysts Forecasts of the S & P – click here. The good news, most are positive.

Shares in mainland China dropped 5.6% yesterday. ( according to WSJ) To put that in context that would be equivalent to a 690 point drop in the DOW. 690 POINTS. Could you imagine what the fed would be doing if we had a day like that???? What set it off according to the journal? Continued bad news in the US ( note that stocks in the US barely moved yesterday) including a poor earnings report by GE, as well as a year over year 16.3% increase in money supply. Excuse me, but can you spell inflation? To put that in even greater context the “Shanghai Composite Index is down 46% from the high reached last October, and down 37% so far this year.” That makes our down 8% ish market look like a blessing.
Now the real question is why? Why are Chinese equities performing so poorly given that there economy is so much stronger than ours? I have not read about a Chinese Sub-prime problem, nor have I read about a credit market meltdown. In fact, I am not sure they really even have any mortgages over there to speak of, and certainly not securitized ones. I seem to recall that people in China actually do save up to buy homes, which for many takes a lifetime. So why? The most common answer I have gotten is because there was a speculative bubble in Chinese equities. After years of off the charts performance it was just time for a breather. A 46% breather.
So now the question is if you were not one of the people caught in the frenzy, is it time to buy? I am not sure, but I am certainly working my way to figuring it out.