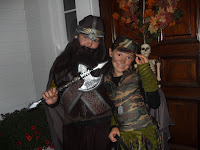 Well it seems that Halloween occurred a day early this year as something sure scared the life out of the equity markets on Friday! A “very volatile week ended with a 249-point drop” says the WSJ headline on Saturday. This despite a relatively good headline GDP on Thursday, but I guess investors had a chance to dig deep behind the number to see that the economy is not looking too rosy. Many a commentator were quick to say, and I would agree, that if it were not for government programs to pump up housing ( first time home buyer credit) and auto sales (cash for clunkers), the number would have much lower. Of course that was the purpose of the programs, but the problem is how much more of our children’s future will we spend today?

For a while it has seemed to be that the stock market and the economy are disconnected. While equities have experienced a glorious bounce, the economy (jobs, consumer spending, business investment….) remains in poor shape. Looking back, March prices were most certainly pricing in financial Armageddon, but the more important current question is: what is being priced in now? According to David Rosenberg, former ML pro now at Gluskin Sheff, PEs are way too high given the underlying economy.

Let’s take a quick look at the bad news, again. The employment situation remains dismal. The reported number continues to rise and the shadow number had been estimated to approach 17%. The consumer continues to increase savings at a record rate, which is good for them but bad for the US and global economy. Consumer spending accounts for 70% of our economy and it was reported down this week. We can remain hopeful that Christmas sales exceed expectations but honestly, do we really want people to buy stuff they don’t need, and that they cannot necessarily afford?

Can we all just face the reality that the party for the US consumer is over and the painful hangover is unavoidable? ( read this from last year ) The truth is there are only two choices, each more unpleasant than the other. The government can pull back on its stimulus measures in order to rein in the deficit which would cause a deflationary spiral leading to housing prices to fall even further, increasing foreclosures, increasing unemployment and further reducing consumer spending. Conversely, the government can continue stimulus and quantitative easing in order to inflate the economy reduce the real non-governmental debt burden and build support for housing. The problem with this scenario is that the deficit will continue to grow, the dollar will fall, and the purchasing power of the US consumer will decline. I am not sure we can navigate the middle ground between these two scenarios. It seems the government is choosing to spend now and deal with the consequences later, but there will be consequences indeed.

Of note is that CIT, a major lender to small business lender is set to declare bankruptcy, which is really bad news for small business and more broadly. The government has already given them big bucks ( $2.3 BB) and because they do not represent “a systematic risk” to the system they will not be rescued. They are the 5th largest bankruptcy in US history. Not good…..

pictured here – my two adorable children in their costumes! We need a reason to smile…