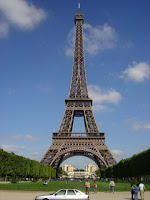 It was a couple of amazing days in Deauville, France for the “Women’s Forum for the Economy and Society.” There was an aweseome line-up of speakers and attendees from around the world. I made many new friends including two inspiring women working in leadership development in Australia, and an absolute rock star from Iceland who who has created a new financial advisory firm. We launched the NCRW Women in Fund Management report to a roomful of people, and were interviewed by reporters from all over the world. In many of the sessions people asked the question if “Lehman Brothers had been Lehman Brothers and Sisters, would we be in the place we are today? ” and we were there with answers and opinions.

One idea that we had put forward in the paper definitely seemed at the center of focus for many, and that was the idea of an absolute need for a ‘critical mass’ of women in positions of power and leadership. The evidence is abundant that diversity leads to better decision making so the question was, why has that not happened? The reasons of course are listed in out report but one has to ask the question, “if not now, when?” I say now…..

Nina and I returned to Paris today and spent the day walking around this magical city. I am off to Salzburg tomorrow for a women’s donor gathering. More from Austria later in the week.

One thought on “The Womens Forum, Crititical Mass and Paris”