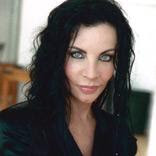 Yesterday was another one of those days. I day so filled with great people, innovative ideas, memorable moments, inspiration, prophecy fulfilled, that I thought at the end of it, my head and heart were going to explode.

On train ride in to the city I of course, had to digest the WSJ and the FT, as it my ritual. Though the now normal stories of corporate lay-offs, retail companies imploding, and fed balance sheet usage was depressing enough, it was the Maddoff story that was scary beyond belief. How could that have happened, how?

The CONSTANT themes in this blog all year have been these – People deserve to hear the TRUTH, we need to live in a country built on TRUST and INTEGRITY, leadership has FAILED us, corporate models are in general BROKEN, we need INVEST in WOMEN now, it is all about GENEROSITY in a time of SCARCITY, each of needs to make a DIFFERENCE and we have to have HOPE. This story was about the opposite of all of that. What we need NOW, are stories of HOPE.

HOPE. I hopped off the train, ran uptown where I had a two hour meeting with a senior exec of a major retailer and the ladies from the Breast Cancer Research Foundation on how we could partner. How to do something so cool, and fun, that when people walk in to their stores to buy something they NEED not just WANT we can offer them a way to CONNECT with a CAUSE in the process.

HOPE. I then went to a meeting with a book publisher to talk about my story and the stories of women I know that need to be told. We spent most of the time however talking about why women generally do not buy non-fiction books written by women about women, why male authors dominate the non-fiction list, why MONEY is such an important topic right now, and what is the book the world NEEDS right NOW.

HOPE. I have been overwhelmed of late by the generosity of some people. A few weeks ago I met this amazing woman who is all about FINANCIAL LITERACY. Stacey Tisdale. She wrote a book about it called “The Real Story Behind Managing Your Money.” (buy it) Needless to say we were best friends within about 1 minute. A few days later she connects me to this woman, Loreen Arbus, who I had met briefly as she, like me, is a member of Golden Seeds, but I now would be HONORED to call a friend. Out of a place of purse generosity she invited 24 of the most amazing women on the planet ( and me ) to come to lunch and share their WISDOM on problems the world is now facing. She asked provocative questions and requested we share SOLUTIONS that through our network we could deliver to the people in power. WOW. Not surprisingly I knew a number of the women there: Helen LaKelly Hunt, one of the visionaries behind Women Moving Millions, Julie Gilbert, Senior Vice-President at Best Buy and the creator of their award winning WOLF Program that is absolutely and completely proving the model of grass roots women’s leadership in corporate America, Janet Hanson, founder of 85 Broads, Carol Jenkins, President of the Women’s Media Center… and I just have to say it – Barbara Walters!!!!!!! Also there was a women who my dear friend in Vancouver has been trying to connect me with for two years!! This was not a lunch where we were all just hanging out and admiring each other, no, thanks to Loreen we were WORKING!!!! There was so much passion in that room if you lit a match it the roof would have been blown off the place. This is what needs to happen. Women, good men, need to gather, have an agenda, ask questions, collect solutions and BOTH send them off to the decision makers and do them yourself. This is how change happens. Loreen, you ROCK!

HOPE. I dashed out to run across town for a small group brainstorming session with a handful of brilliant people on creating a NEW company. We see the power of this moment. So much has been destroyed and we want to be part of the clean-up crew.

HOPE. I could not find a cab and I was going to miss the train home which would mean no dinner out with the kids on Friday night which generally speaking, was our tradition. The meeting had been on WEST 42nd Street and I had to get to Grand Central fast. No cabs. I saw one up ahead dropping people off and I ran to get it. I thought I guy was just getting out when in fact he was loading his suitcases in. In panted breath I told him my story and asked, if he was going that way, could I share the cab? He said he was actually headed downtown, but in an adorable British accent he said, “no worries, I will drop you off.” With no time to waste I hopped in the cab, thanked him profusely and offered to pay the whole fare. We had a few minutes to share our stories and he said he was a musician and was heading to downtown to see a friend before he took off for Tokyo for a gig. Of course I had to share my foray as an owner of a recording studio which led to an in depth, two minute, conversation about how the music industry is BROKEN. As we arrived in grand central he reached in to his bag, gave me a copy of his CD, and would not take a dime for the ride. Instead he said – “You can just do something nice for someone else today.” I responded “Pay it FORWARD.” He had not seen the movie so I explained it and jumped out of the cab to catch the train with not a minute to space.

HOPE – On the train home I had the chance to read the NEW issue of World Pulse Magazine. You HAVE TO HAVE TO HAVE TO get involved, read these articles, forward them to your friends, and SUPPORT this organization. I know the founder, Jensine Larson, very well as I have been a supporter of PULSE WIRE for some time. I was an angel investor! Jensine, congrats, you nailed it! This is the best issue of a magazine I have EVER, EVER read….. The magazine’s tag line – “Global Issues Through the Eyes of Women.” This is the MOMENT for this PRODUCT!!!!!!!!! All you Media people who are reading this, if you want a meeting with Jensine, email me…..

The magazine is filled with amazing articles and two are about women I adore. Julie Gilbert ( yes she was at the lunch) in “Running with Wolves” is featured in a brave story about how she SURIVED to build what she built at Best Buy. Kathy LeMay, my philanthropy coach wrote a piece called “Revolutionary Philanthropy”, a story about her claiming her space as a philanthropist. Although there are many more brilliant articles I have to mention just one more. The article is called the “Power of Prophecy” and is about 13 ancient indigenous grandmothers who gather to fulfill an ancient prophecy for the world.

“Collectively, they knew the Grandmothers from the Spirit World were calling them to action. They knew that now they must reveal their most secret and sacred ways to the very people who have been their oppressors. They also shared the belief that the world is being prepared for the spirit of the feminine and this energy must awaken in men and women as well. According to Grandmother Flordemayo of Central America, “Prophecy stares that is will be the women who walk with the power.””

If you KNOW me, if you have read this blog all year and in particular the 10 OPEDS that I have written for the HUFFINGTON POST this year ( to the right), if you were present at my coming out keynote speech this past Tuesday for 85 Broads, you KNOW how much I believe this to be true. I am part of this prophecy. We as women, and good men, can ALL be part of this prophecy.

4 thoughts on “My Diary – Brokenness, Hope, Prophecy, Women and More”