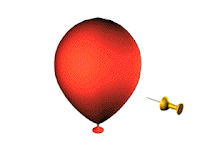 There was a very important piece (yet again as an OPED) in the WSJ that must be read to continue to build an understanding of the financial crisis and what lies ahead. Financial leverage, the borrowing of funds to supplement and magnify investment dollars, contributed greatly to the asset bubble in housing and real estate in general. When asset prices peaked, and started to turn downward, the opposite process began. Money was put in to the system and money now is being taken out. The effect of course is a destruction of capital or equity which lead to the financial crisis/credit crisis. With diminished capital banks cannot lend, unless of course they increase their leverage. So how much capital do they have now? What leverage are they operating under? It is enough to start lending again? These are the questions this article answers and sorry to say – not likely. Though it is possible through changing the rules (namely mark-to-market accounting) to help, the deleveraging process has not yet run it’s course. Mr. Roche is estimating another $900 billion in credit related losses which is consisitent with a lot of other estimates I have heard. That capital needs to be provided by someone? The TARP fund just got a whole lot bigger and it is very likely we will end up with a socialized banking system. That is of course if those that have that kind of dough, namely countries that have huge reserves ( China, Japan, the Middle East) decide that owning the US Banks makes a lot more sense then owning treasuries at 1 to 4%. Somehow I don’t think that is what Warren Buffet had in mind when he said “Buy American, I am.”

I just came across this great piece profiling some of the top women in Business – take a look. (Thanks again to the WSJ – you are making women leaders visible!)